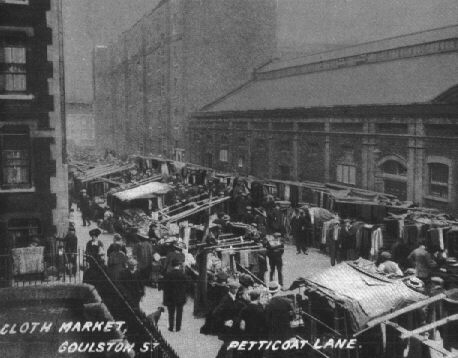 Above: Goulston Street near the turn of the century. The building in which the writing was found can be seen on the far left. 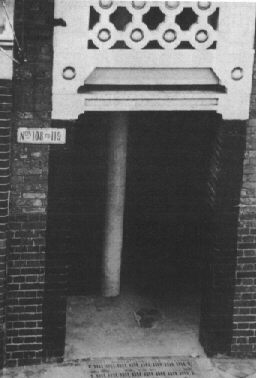 Above: The entrance to the archway where the infamous "Goulston Street Graffito" was discovered. 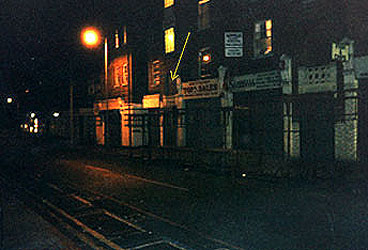 Above: Modern Goulston street, arrow pointing to the doorway (still exists in same area) in which the graffito was discovered. Photograph courtesy of Mr. Adam Wood. 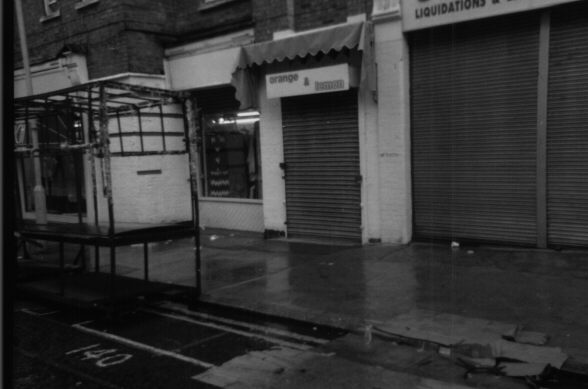 Above: A closer view of the area in which the writing was found. The doorway underneath the sign which reads "Orange & Lemon" is in the same position as was the archway in 1888. Photograph courtesy of Mr. John Smithkey III. 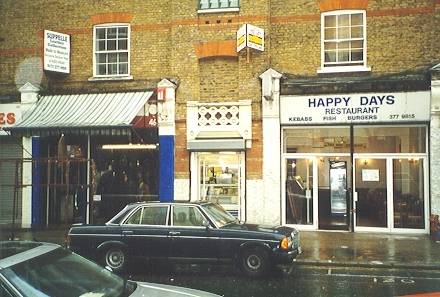 Above: A close view of the doorway in which the infamous "Goulston Street Grafitti" was discovered on the night of the double murder. The area is now occupied by a fish-and-chips shop. The original stone work above the doorway still remains intact. Taken: Tuesday, June 29, 1999. Photograph courtesy of Johnno. 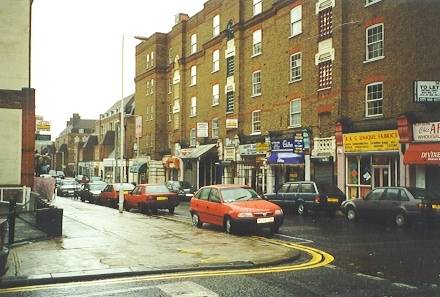