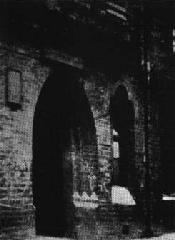 Above: Entrance to George Yard Buildings, where the body of Martha Tabram was found in early August, 1888. 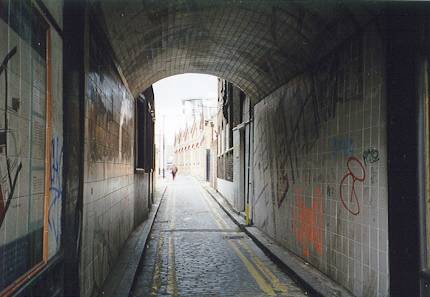 Above: A northward view of Gunthorpe Street taken from the Whitechapel High Street. Gunthorpe Street was formerly known as George Yard, and it was at the far northern end (not seen here) that Martha Tabram was murdered. Taken: Thursday, May 13, 1999. Photograph courtesy of Johnno.